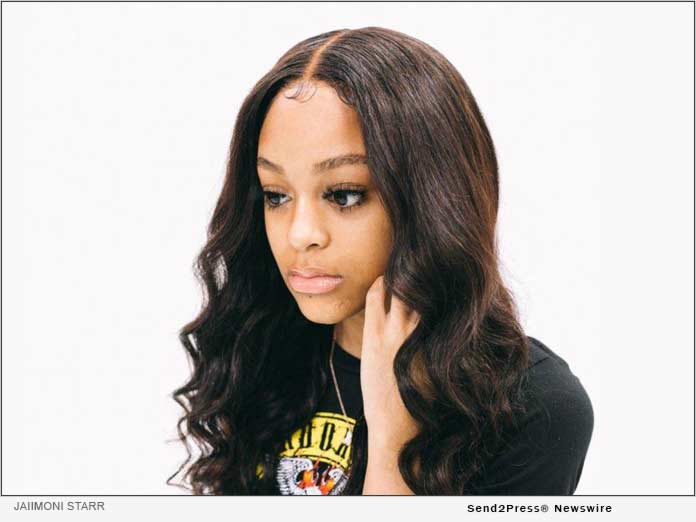 Starr presented her first solo rap at East St. Louis Senior High School for a Black history program, and ever since her goal has been to express herself through music.

“The song was ‘Glory,’ by artists John Legend and Common. This is when I first realized I have rhythm and an interest in rapping,” Starr writes on her website.

Since entering high school, she says, “I have experienced more complex things about life … my writing style became deeper and more from a place of positivity, pain, eagerness, and venting. I wrote from what I felt because I wanted people to understand who I was through the songs I wrote.

“I aspire to teach young women that music doesn’t always have to be portrayed in a negative and degrading way, also that you can get a message across and still sound or appear cool. I’ve learned that music can have a positive and negative effect on our generation, and its vibrations.”

With an understanding of phrasing and song craft beyond her years, “she has an ease and flow in her writing and performing like she has been rapping for a long time,” Martinez Robinson, Co-manager at Daugherty Entertainment said.

Allen Daugherty, Daugherty Entertainment, is managing the artist. Sham, one half of the Grammy award-winning duo the TrakStarz who discovered St. Louis music artist Chingy, and has worked with artists including Ludacris, 2chainz, Janet Jackson, & Usher, has teamed up with new production partner Virus, who toured alongside of Beyoncé, to produce the single.

Equity Distribution, created by Jay-Z, is a global music-distribution platform that allows artists to retain ownership of their masters and has signed a distribution deal with Starr and Daugherty Ent. 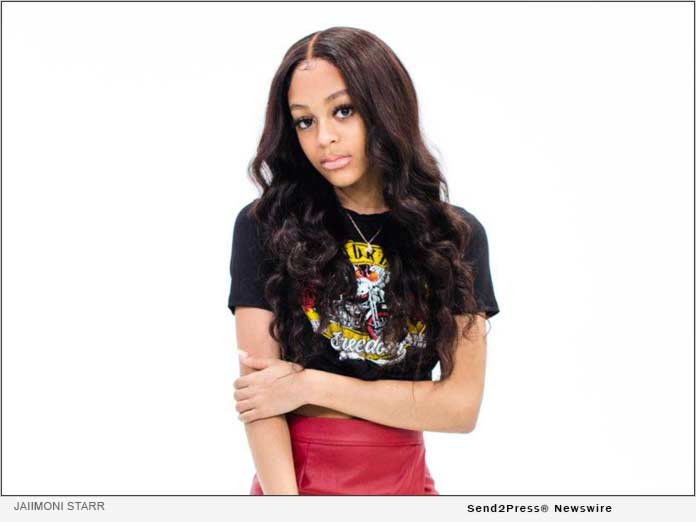 “We’re really excited for Jaiimoni, she’s an enormous talent and this break out for her is huge,” Daugherty said.